“Massachusetts is at an educational crossroads.  In 2007, Massachusetts became the highest-achieving state in the country because of the academic quality of our state standards, the state tests based on them (MCAS), and the state’s teacher licensing regulations and tests,” said Sandra Stotsky, former Senior Associate Commissioner in Massachusetts’ Department of Elementary and Secondary Education (DESE).  “With the implementation of Common Core’s standards after their adoption in July of 2010, a decline in reading achievement is now visible. We need to stop the federal push for mediocre standards for all.”

Donna Colorio, Worcester School Committee member from 2011 to 2013, and founder and leader of the advocacy group, Common Core Forum, will chair the End Common Core Massachusetts ballot question campaign.  On July 21, 2010, twelve members of the Board of Elementary and Secondary Education voted to extensively change Massachusetts’ Curriculum Frameworks into what is now called Common Core Educational Standards.

“The adoption of the Common Core standards was wrong,” says Colorio.  “I think voters should have a choice in whether to continue with these untested educational standards. Our ballot question campaign’s goal is to give the people of Massachusetts a voice in that educational decision. We can keep our public schools #1 by returning to the pre-Common Core standards of Massachusetts, or we can participate in these very unproven Common Core Education Standards, which are, at best, a race to the middle.  It should be OUR CHOICE.”

Representative Kevin Kuros spoke at todays End Common Core Massachusetts kickoff saying “If you take a look at our student academic performance before the implementation of Common Core and PARCC tests, we led the country.  If we are already leading the nation in student performance, do we really need to change?  What happened to the old saying If it ain’t broke, don’t fix it?  The PARCC Coalition has dwindled from 26 states to 8 or 9.  Why would we want to be one of the last states to be a part of PARCC?  Common Core and PARCC are being thrust upon us, and a ballot initiative is one of the tools we have that can stop it, which is why I am supporting this effort.”

Donna Colorio has heard more than 17,000 teachers, parents, administration, grandparents, and students over the last year express their frustration with Common Core and PARCC.  Colorio responded to “Why have this ballot question?” by answering “I believe the time is now; we need to have a statewide discussion about the future of education in our State.  End Common Core Massachusetts‘ goal is to give everyone a voice and a choice about our educational future.”

Watch the Video of the Press Conference Here:

On August 4th, we submitted the official language to the Attorney General’s office

Many people gathered at the Sutton Town Common as End Common Core MA announced that it has submitted it’s official language for the ballot question to the Attorney General’s office this morning.

State Senator Ryan Fattman (R-Webster) began the press conference saying that “The Commonwealth of Massachusetts adopted the Federal Standards called Common Core with no vote of the legislature and as part of the Race to the Top Federal money program.  Bringing discussion about what Common Core is (or isn’t), and making sure we have an informed discussion about the future educational standards for Massachusetts is what this END Common Core MA ballot question is all about.  It is why I have signed as one of the top 10 signers of this petition.”

Donna Colorio, Chair of the END Common Core MA ballot question states ” ‘Standards’ are what each child learns in each grade.  We had the best State standards in the country until 2010 and then the Board of Elementary and Secondary Education made a monumental educational decision and adopted the Common Core Standards, which has lowered the education standards for Massachusetts.”

“No one understands the needs of Massachusetts children better than Massachusetts educators,” said State Representative Kevin Kuros (R-Uxbridge) another of the top 10 signers of this ballot question (Kevin was unable to attend the press conference due to personal conflicts).  “This ballot initiative will allow us to return to the standards and tests which helped us lead the nation in student performance, and which were developed by our educators specifically for our children.”

The National Education Association describes Common Core standards as “botched”. The President of the Massachusetts Teachers Association is adamantly opposed to Common Core.

“While I do believe that it is important to have assessments in place to measure our students’ success and our teachers’ proficiency, those standards already existed at the highest levels in Massachusetts,” Representative Joseph McKenna (R-Sutton) said. “By the very nature of adopting these National Common Core Standards, Massachusetts will lower our own excellent curriculum benchmarks to meet our fellow States in the middle. Furthermore, parents and teachers played zero role in developing these Common Core standards and the accompanying PARCC testing procedures and have an alarming inability to provide constructive feedback. I believe that it is imperative that we return to our own tried and successful model of standards.”

Ms. Colorio, a Professor at Quinsigamond Community College, emphasized that “Common Core/PARCC are not fully implemented yet in Massachusetts.  This is our opportunity to END it.  In 2010,  BESE made a decision for our state with no input, it is time to move forward by adopting our pre-Common Core standards.”

Senator Fattman said “It is time for the people of Massachusetts to have a voice about a decision that changes our education direction so drastically.” 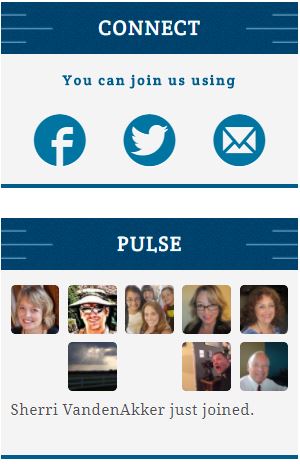